When Court of Criminal Appeals Judge Thomas Woodall took the bench for the last time, he took a sentimental approach when selecting his attire: the judicial robe formerly worn by one of his mentors, Court of Criminal Appeals Judge Mark Walker, who Judge Woodall clerked for right out of law school, and the vibrant Scottish tartan tie which belonged to his wife Beth’s father, the late Judge Lachlan Findlay MacRae, who served as a General Sessions judge in Dickson County.  Judge Woodall will officially retire from the Court of Criminal Appeals on December 31, 2020 after 24 years of service, and while there are opinions to be drafted and research to be done, he heard his last oral argument on September 15.

In late August 1982, Judge Woodall completed an extraordinary clerkship with Judge Walker, and upon leaving the office on the final day, he promised himself that if he ever had the chance, he would apply to serve on the Court of Criminal Appeals.  After two years with a firm in Memphis, six years as an assistant district attorney in the 24th judicial district, moving home to Dickson to be closer to his aging parents and opening his own firm in 1990, the opportunity presented itself in 1996.

“I have been living my dream for the past 24 years,” Judge Woodall said. “It is not often one gets to set such a high aspiration and then achieve it. I wish everyone could have a job they cherish and enjoy as much as I have. The people I have worked with the past 24 years are the best judges in the country.”

Before joining the CCA, Judge Woodall had not only clerked for its first presiding judge, he had argued before it as a young attorney, his first appellate argument taking place in the same courtroom in Nashville where he sat for the final time hearing oral arguments.

“It was a very pleasurable day for me today during my last oral arguments,” Judge Woodall said. “The cases presented challenging issues, the briefs were well-done, and all of the lawyers were well-prepared and excellent.  I feel particularly blessed to have a young lawyer present her very first appellate argument on my final case. I have loved oral arguments and engaging with the attorneys. It has been a pleasure and a privilege.”

While the work of the CCA has not changed over the 30-plus years Judge Woodall has been involved with the court, as both an attorney and a judge, the process certainly has evolved. When Judge Woodall started as a clerk for Judge Walker, he drafted opinions with a pencil, skipping every other line on the legal sized paper to allow the judge space for edits. By the time he became a judge, assistants spent hours typing (and retyping) draft opinions, and large boxes with opinion drafts and trial records were still continuously shipped among the appellate judges.

“The technology has really changed the process in a good way,” Judge Woodall said. “Electronic records and online research have changed everything and allowed us to produce better, more complete opinions in a shorter time. During this pandemic, I have been amazed at how technology has allowed us to carry on business from outside of the office.”

While the shear volume of records and issues make capital cases challenging, Judge Woodall has tried to keep each case before him in perspective.

“When approaching a case, I always keep in mind that to a victim, or the victim’s family, to the defendant, and to his or her family, this case is likely one of the most important moments of their lives,” he said. “It does not matter what type of case it is—from a DUI to a capital murder case—it is important to the people involved. I try to always keep that in mind.”

Keeping others in mind is second nature to Judge Woodall.  The judge played an essential role in developing a judicial assistance program under the Tennessee Lawyer’s Assistance Program (TLAP).  While he was serving on the Court of the Judiciary, he became involved with TLAP and was able to connect the dots that many judges also needed outside help at various points in their careers. Judge Woodall has served on the board of TLAP, as a mentor, and as a frequent speaker to both judges and attorneys on issues involving substance abuse, mental health, and other stressors faced by members of the legal profession.

“Judges are lawyers. They are honored to have an elevated, prestigious position in the profession, but they are still lawyers, and it is well-known that lawyers have high rates of both substance abuse issues and issues involving mental health, including burn out and depression,” Judge Woodall explained. “We are in a profession with a lot of stress and competition. There is no school or test to be a judge—they are elected or appointed and then they are on the bench. It can be stressful.”

In recent years, about half of TLAP’s referrals involve issues of burnout, mental health, or anxiety and not substance abuse.  The confidential and anonymous resource is well-equipped to assist anyone in the Tennessee legal community.

“Being a commissioner and a volunteer for TLAP, I know of instances where lives were saved because TLAP was there to offer assistance or facilitate assistance,” Judge Woodall said.

As for finding his own way as a judge, Judge Woodall credits strong mentorships and friendships with his colleagues and embracing opportunities to learn from and connect with other judges at conferences and events.  His colleagues in the Middle Section when he joined the CCA— Judge David Welles, Judge John Peay, and Judge Jerry Smith— as well as Judge Paul Summers were all extremely helpful in ensuring he received a solid start as a judge.  Two years after Judge Woodall started, Judge John Everett Williams, who passed the bar on the same day as Judge Woodall and often was opposing counsel as the two young lawyers navigated trials in the 24th Judicial District, joined the bench and the two resumed their close friendship. Judge Williams, who serves in the CCA Western Section and is currently Presiding Judge of the Court of Criminal Appeals, made the trip to Nashville for Judge Woodall’s last day on the bench.

“I strongly believe in helping new judges and sharing what I learned from my mistakes and from my mentors,” Judge Woodall said. “We have to pass it down.”

His willingness to mentor and share his experiences has been greatly appreciated by his colleagues.

“I have been a trial or appellate judge for 30 years and I have not served with a finer judge or person than Judge Woodall,” Judge Robert W. Wedemeyer said. “We will miss you greatly. Thank you for being such a great friend, which I hope does not end when you leave the bench.”

Judge Woodall was elected by Tennessee voters three times—in 1998, 2006, and 2014. He is a Dickson native. He earned his undergraduate degree from Tennessee Tech University and his law degree from the University of Memphis.

“I started as a biology and wildlife management major because I like to hunt and fish, but then changed to political science and thought I would work in public administration until a professor suggested law school one day in the cafeteria,” he said. “I fell in love with criminal law and was able to live my dream as a judge on the Court of Criminal Appeals.  God has truly blessed me, and the credit for me being able to accomplish everything I have done goes to God, my late parents, and my mentors who have so positively influenced me.” 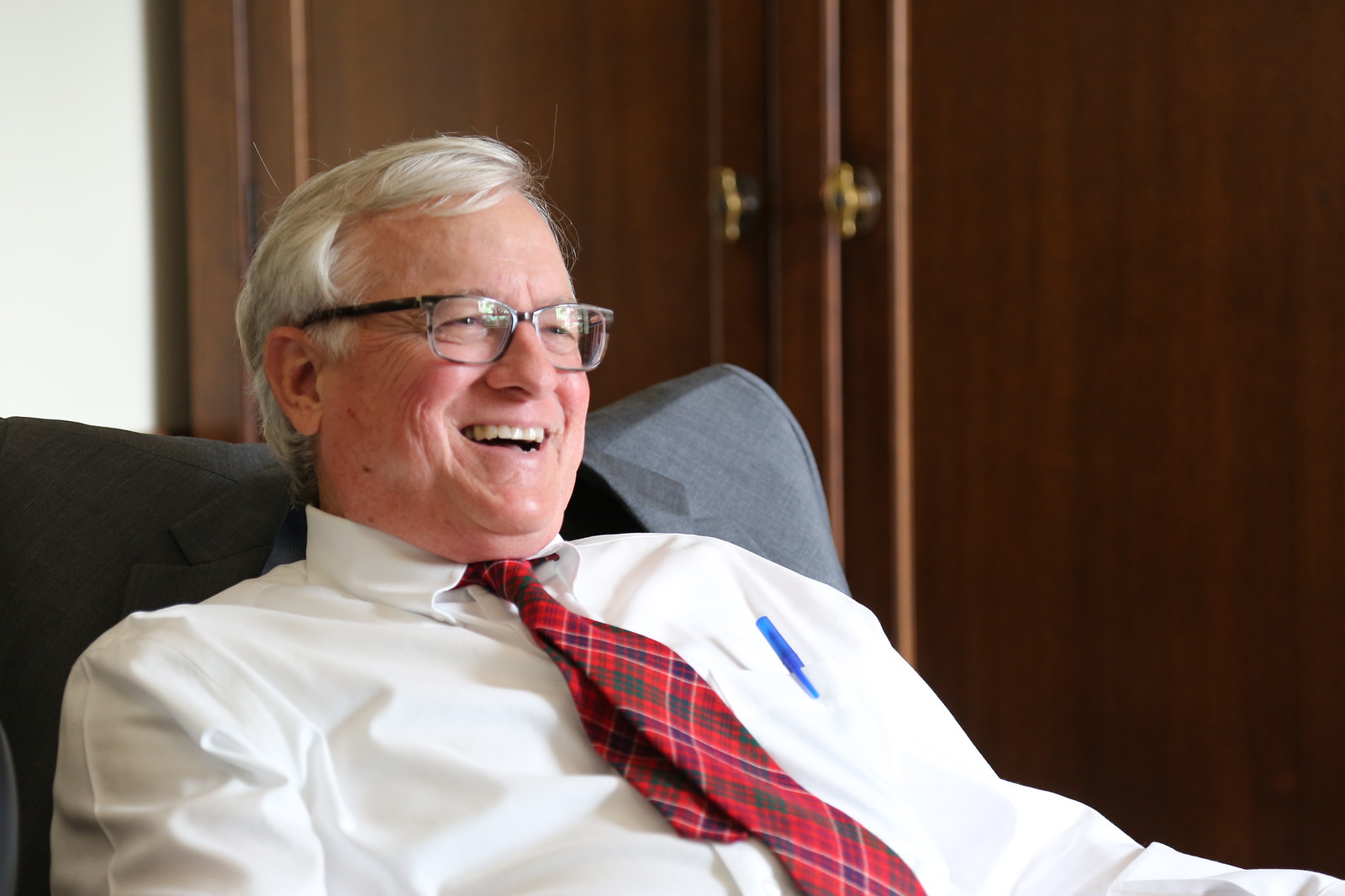