The Tennessee Municipal Judges Conference recently honored the late Judge John Harrison Lowe with a scholarship at the Nashville School of Law.  Judge Lowe passed away in March of 2018. He first became a municipal court judge for the City of Millersville in 1981 and previously served as president to the Tennessee Municipal Judges Conference.  He was a graduate of the Nashville School of Law.

Presenting the scholarship to Dean William Koch were Judge Bill Higgins, an alumni and general sessions judge in Nashville; Judge Lynn Alexander, an alumna who teaches at the law school and serves as a municipal and general session judge in Smyrna; and Judge William Johnson, an alumni who took Judge Lowe’s position at the Millersville City Court upon his death.

“The Tennessee Municipal Judges Conference acknowledges and appreciates the fine product that our conference has seen coming out of the Nashville School of Law and we are honored and pleased to thank the school and thank Judge Lowe for his contributions to the law in Tennessee,” said Judge Gregory D. Smith, current president of the conference and a municipal judge in Pleasant View. “We believe that the Nashville School of Law is going to turn out many municipal judges for years to come.” 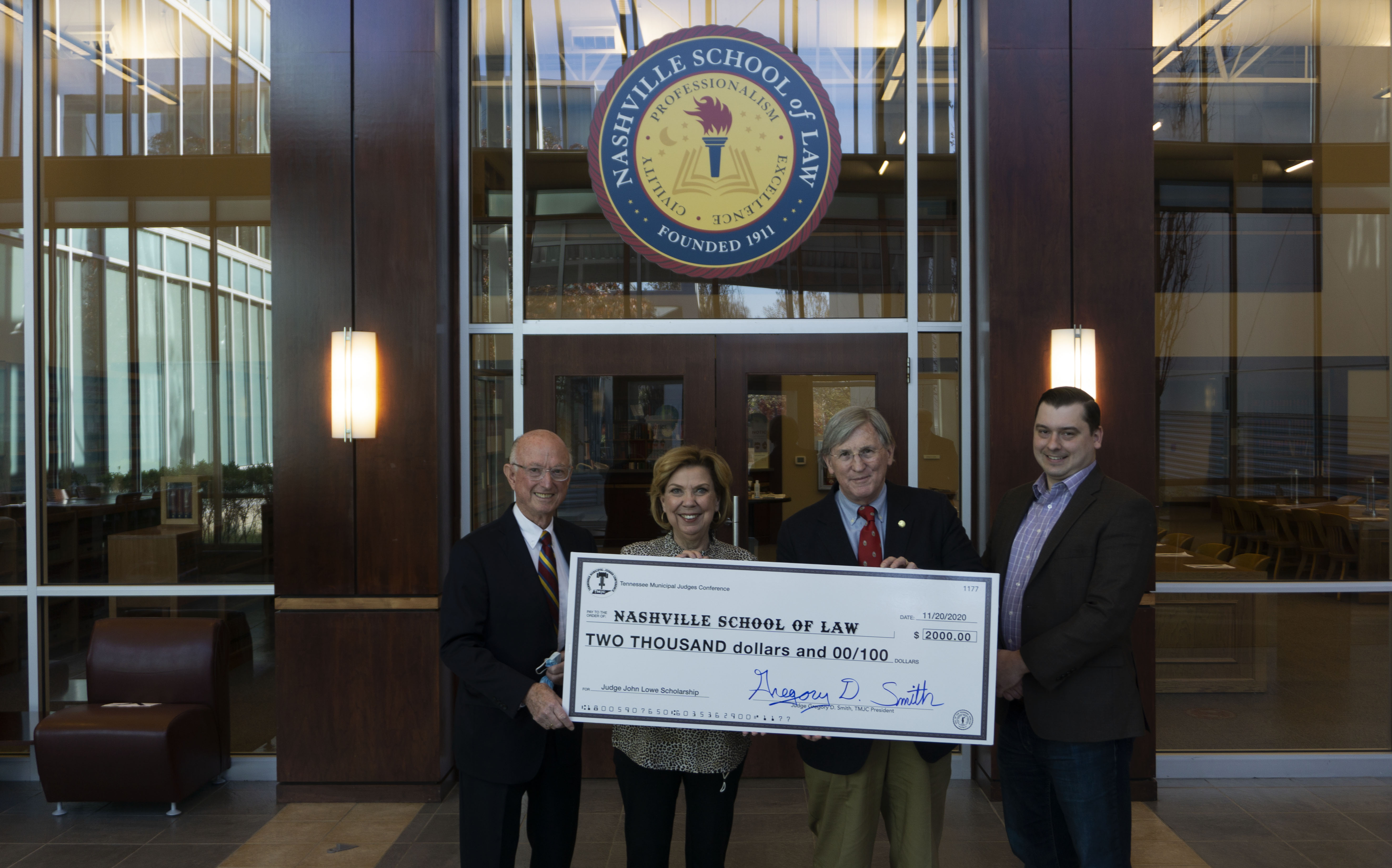