Murfreesboro Municipal Judge Ewing Sellers was recently awarded the 2020 Sharon G. Lee Award of Excellence by the Tennessee Municipal Judges Conference. In 2015, Board of Governors created the Sharon G. Lee Award of Excellence to be presented to a municipal judge who has made a significant contribution to the conference over the course of his or her service on the bench. The award is named in honor of Tennessee Supreme Court Justice Sharon G. Lee, who had served as the municipal judge in her hometown of Madisonville from 2002-2004.

Judge Sellers was appointed Municipal Judge for the City of Murfreesboro in 1989 and has held this position longer than any previous Murfreesboro judge. He has maintained a private law practice in Murfreesboro since 1981. His wife, Kathy is his office manager and their children, Rachel and Ewing, are both attorneys and represent the fourth generation of lawyers in the family practicing law in Rutherford County.

“I am deeply honored and humbled to receive this award,” Judge Sellers said. “We have outstanding municipal judges in this state who take seriously the obligation and responsibility to continually learn and to improve their judicial skills and I could easily justify this award being bestowed on any one of them. Thank you very much.” 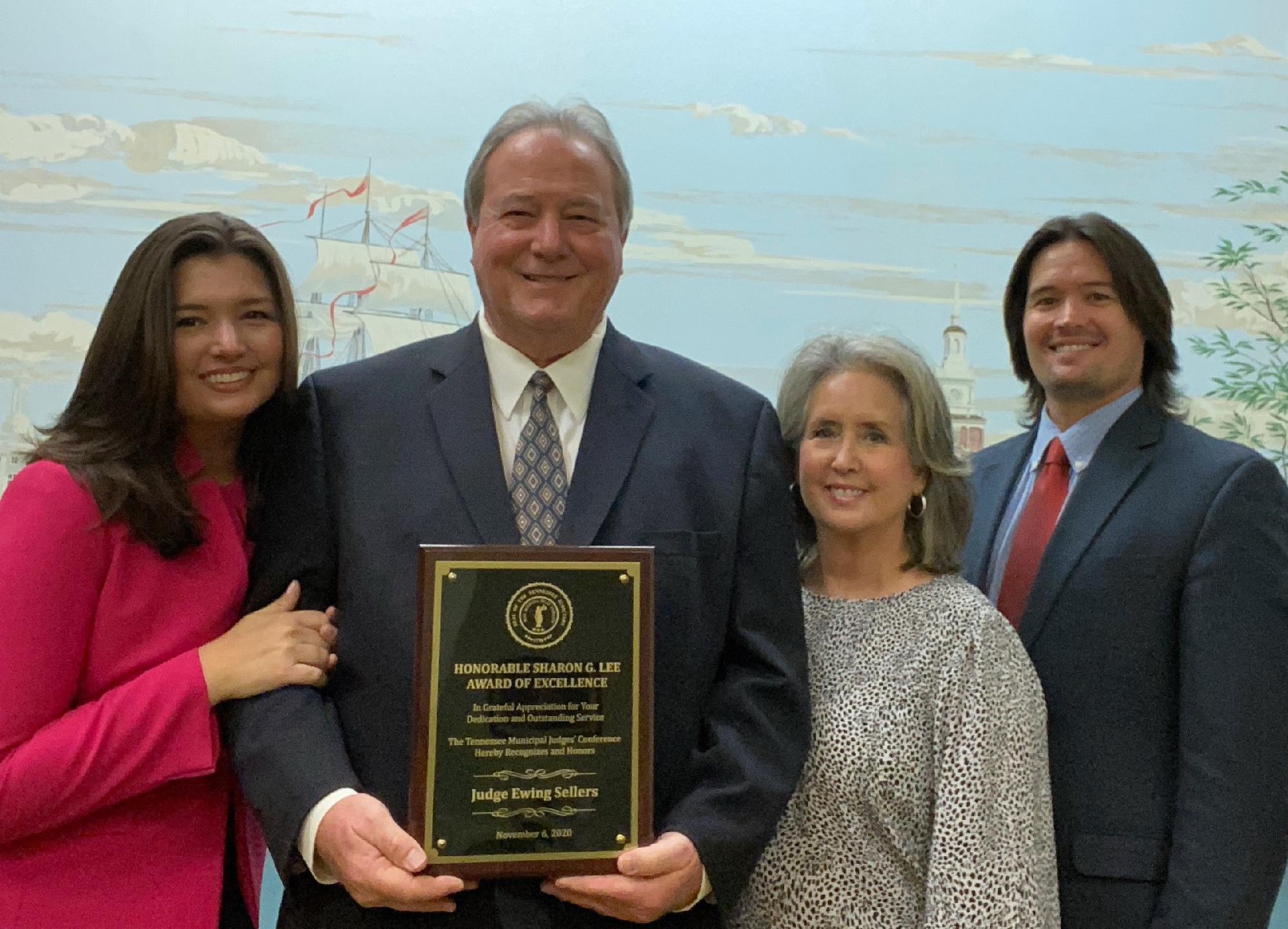