Rachel Harmon was recently appointed deputy director of the Administrative Office of the Courts. Harmon first joined the agency in 2015 and has served as the AOC General Counsel and Director of Legal Services and Judicial Development. In that role, she has provided extensive legal advice and counsel to hundreds of judges at all court levels across the state as well as managed administrative policies, litigation, contracts, judicial designations and appointments, and judicial education.

“Rachel has been an invaluable resource to the Supreme Court and all judges across the state, especially during the pandemic,” Chief Justice Roger A. Page said. “Her extensive knowledge of the court system is matched by her professional and calm demeanor and stellar leadership. She has earned the respect of the Supreme Court and state judiciary, and we are thrilled she has agreed to serve in this expanded role.”

As general counsel, Harmon supervised over a dozen employees and touched all corners of the AOC’s mission and work as well as frequently advising the Supreme Court’s boards and commissions.

“Since she joined the AOC, Rachel has been a trusted member of the AOC executive leadership team and is recognized as a leader both inside and outside of our office,” said AOC Director Michelle J. Long. “She has led the implementation and amendments of court rules and policies. For the past two years, she has served as the Supreme Court’s main point of contact for pandemic court operations, communications related to pandemic court orders, and identifying and addressing pandemic concerns. Rachel has proven she is a trusted knowledgeable resource for all of the judges we serve and other partners with whom we work.  I have gotten to know and trust Rachel.  She shares my values to build a cohesive AOC team on a foundation of mutual trust and respect.”

The mission of the AOC is to promote the effective and efficient administration of justice in the state of Tennessee. Over the past several years, the court system has made substantial steps in modernizing by making investments in infrastructure and technology as well as new and expanded education programs and approaches to court services like court reporters, mediation, interpreters, and diversion programs.

Harmon came to the AOC after nine years with the state Attorney General’s office, where she served in the criminal appellate division and the civil litigation and state services division. She frequently appeared before the Supreme Court, Court of Criminal Appeals and Court of Appeals as well as managed litigation related to labor and employment, contracts and other matters.

“I am grateful to have had the opportunity to combine my passions for law and public service for over 15 years,” Harmon said. “I am excited to continue my work at the AOC and look forward to working alongside Director Long to support the judiciary in this new role and to assist the AOC to deliver on its mission through a broader lens than that of general counsel.  While serving as general counsel, I have often had to divide my attention among many immediate, time-sensitive issues. As deputy director, I am excited to have more involvement in planning and structuring initiatives and policies and can take a more proactive and strategic approach to ensuring the AOC’s impact is tailored to effectively meet the needs of the judiciary and the public it serves.”

In 2016, Harmon was elected by her peers from across state government to serve as class president of the Tennessee Government Executive Institute. Former Governor Bill Haslam appointed her to Governor’s Juvenile Justice Reform Implementation Council. Outside of her professional life, she has served on the YMCA of Brentwood Advisory Board since 2019 and is currently the moving vice-chair.

Prior to joining the AG’s office, Harmon was an associate for two years at Puryear, Newman & Morton in Franklin. She is a graduate of University of South Carolina and Florida Coastal School of Law.

She and her husband, Michael, live in Nashville with their two daughters. She is an avid athlete and trains year-round to compete in triathlons. She won a bronze medal in her class at the USA Triathlon 2019 National Championships. 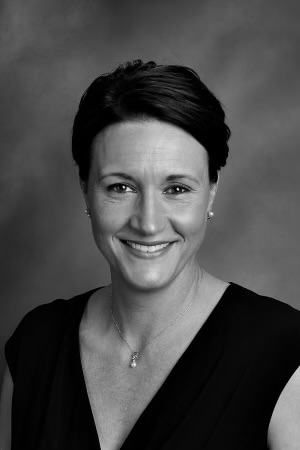