The Tennessee Board of Judicial Conduct has named Judge Marshall L. Davidson III as its new disciplinary counsel.  Judge Davidson will begin serving as disciplinary counsel on January 1, 2020. He currently is the presiding judge for the Tennessee Workers’ Compensation Appeals Board, a position he has held since 2014. Previously, he was a staff attorney for the Tennessee Supreme Court and a law clerk for former Chief Justice Frank F. Drowota III and Judge Houston Goddard.

“Judge Davidson is a dedicated public servant with the credentials, respect, and demeanor to serve as disciplinary counsel,” said Judge Dee David Gay, chair of the Board of Judicial Conduct. “His extensive experience with the judiciary and knowledge of judicial ethics provides him with the objectivity and sensitivity needed to serve in this position.”

The Board of Judicial Conduct was created by the Legislature and is intended to provide an orderly and efficient method for making inquiry into the physical, mental, and moral fitness of any Tennessee judge; the judge’s manner of performance of duty; and the judge’s commission of any act that reflects unfavorably upon the judiciary of the state, brings the judiciary into disrepute, or may adversely affect the administration of justice in the state. Included within the jurisdiction of the Board of Judicial Conduct are all appellate, trial, general sessions, probate, juvenile, and municipal judges.

“The committee undertook a rigorous and deliberative search to ensure we hired the right candidate,” Judge Carter, who served as chair of the search committee, said. “The role of disciplinary counsel is crucial in the process and the position plays a significant role in every complaint, every investigation, and every disciplinary action as well as ensuring the board and process are run in a professional and well-ordered manner.”

The current board has three predecessors – the Board of Judicial Conduct (July 1, 2012 – June 30, 2019), the Court of the Judiciary (1979 – 2012), and the Judicial Standards Committee (1971 – 1979). Attorney Timothy Discenza previously served as disciplinary counsel.  Attorney Shane Hutton will continue to serve as interim disciplinary counsel until Judge Davidson’s appointment becomes effective. 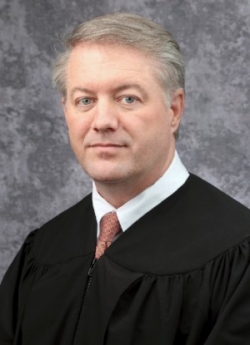