The award is presented each year to a municipal judge who makes a significant contribution to the conference over his or her years of service to the bench. It was named for Justice Sharon G. Lee because she began her judicial career as a municipal judge. Justice Lee presented the award via video message.

“As a former municipal judge, I’m honored to be here with you today. I am grateful to the Municipal Judges Board of Governors for creating the Sharon G. Lee Award of Excellence. It is always my pleasure to present this award and I am happy to announce that this year’s recipient of the Sharon G. Lee Award of Excellence is Judge Sherry Paty,” said Justice Lee.

Judge Paty is an active participant in the Tennessee Municipal Judges Conference. She’s taken on many roles over the years, including serving as conference president from 2016 to 2018.

“It’s truly an honor to receive an award from your peers. That makes it more special because it came from my colleagues and peers in the conference,” said Judge Paty.

Prior to taking the bench, Judge Paty served as a law clerk for the Hamilton County District Attorney General’s Office and as a judicial law clerk for Chancellors Howell N. Peoples and Robert Vann Owens. In 2001, Judge Paty became a Rule 31 Listed Family Law Mediator. In 2004, she was elected municipal judge for the City of Chattanooga. She has served in this role for the past 17 years.

In addition to her judicial duties, Judge Paty is active in her community. She is involved with Big Brothers Big Sisters, and serves on the advisory boards of the Salvation Army and the Hosanna Community, a nonprofit organization whose mission is to foster independence for adults with disabilities while living together in community.

“Among her proudest accomplishments is a payment plan option that she implemented with Judge Russell J. Bean in 2015 to help people get their driver’s licenses reinstated after suspensions for unpaid fines. Judge Paty serves honorably as a municipal judge and has provided outstanding leadership to this conference,” said Justice Lee.

“It’s an honor and I am very appreciative and thankful to the conference for the award,” said Judge Paty. 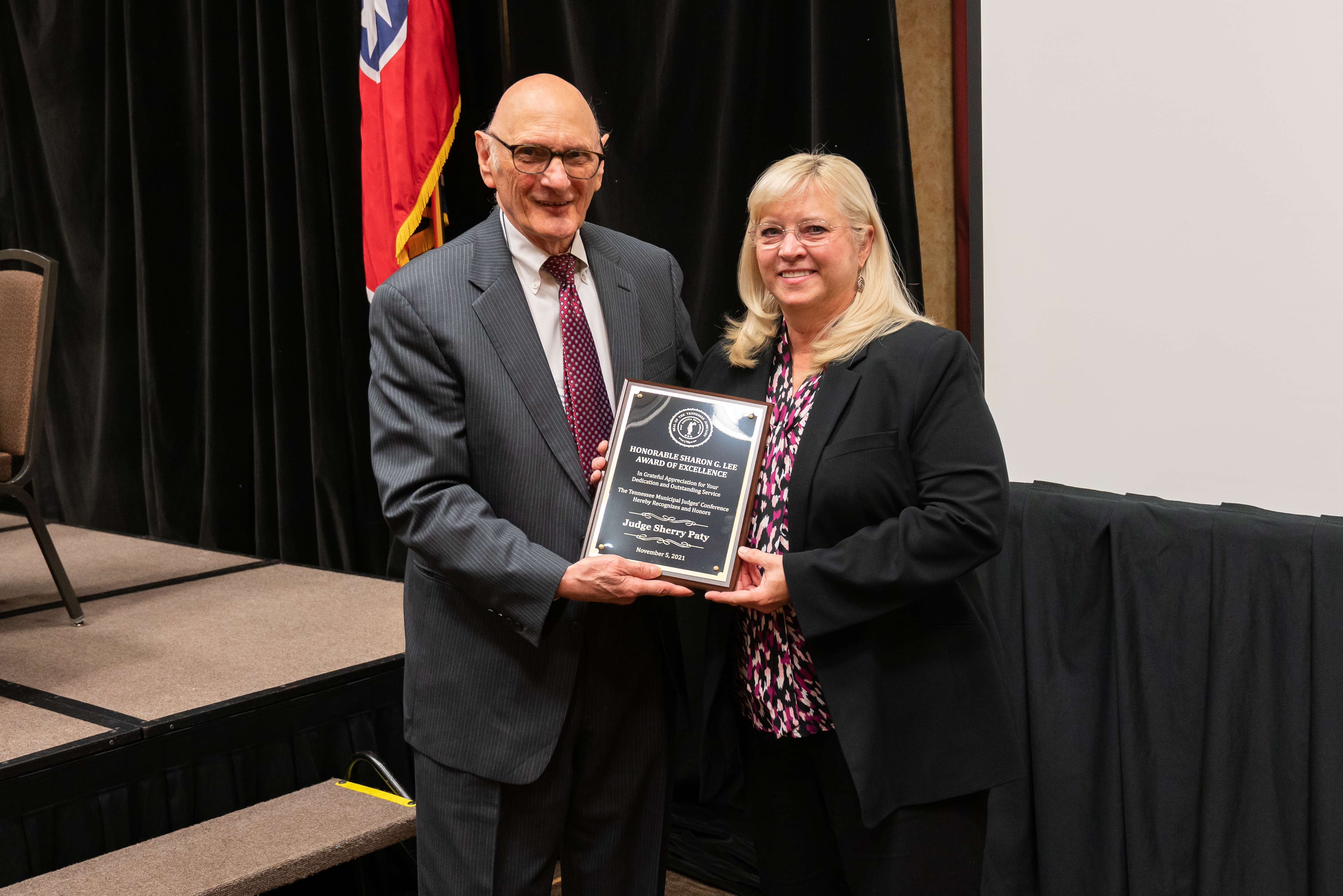