Judge Lanning P. Wynn is retiring after 43 years of service to the Sevierville Municipal Court, as the city’s first and only judge.
“I started in December of 1979. I was appointed City Judge by then Mayor Gary Wade, who later went on to become Chief Justice of the Tennessee Supreme Court,” said Judge Wynn.
Mayor Wade was also Judge Wynn’s law partner at the time. He appointed Judge Wynn to the bench, replacing the city court recorder, due to a 1979 decision by the United States Supreme Court.
“The U.S. Supreme Court said it wasn’t right for a city employee to be the city judge, so the board of aldermen decided they needed an independent judge. The mayor pretty much said, ‘You need to be city judge.’ I said, ‘What do I do?’ and he said, ‘Figure it out.’ So, here I am 43 years later,” said Judge Wynn.
Serving the municipal court is a part-time job for Judge Wynn. He presides over the court just one day a week, every Wednesday afternoon.
“Most of my things are traffic violations. We do have a few ordinance violations, but in Sevierville most of the ordinance violations are worked out by the city staff prior to court, so I don’t have to hear any of them. Most of the traffic violations in Sevierville you have to be violating pretty bad to be in court. They’re so busy down here, you have to be going pretty fast to get a speeding ticket,” he said.
One thing’s for sure, the city of Sevierville has changed a lot in 43 years.
“I’ve seen the city grow from 6,000 or 7,000 to 15,000 or 16,000 people. Of course, that doesn’t adequately describe Sevierville because we have 20 million people come through here every year. It’s a small town with big town problems, but we deal with them very well,” said Judge Wynn.
He credits the people he’s worked with through the years for getting the job done and getting it done right.
“I’ve had excellent clerks during my tenure that have basically taken care of everything that I needed to be done,” he said.
And since municipal judge is an appointed position, Judge Wynn’s tenure was in the hands of the mayor and the city alderman.
“To my knowledge, I haven’t made anyone mad or anything. I’ve been very fortunate. The mayor and board of aldermen have stayed out of court. No one’s called and said, ‘I have a buddy that needs this help or that help,’ they’ve stayed out of the way. I’ve also been fortunate that I have excellent officers in the city of Sevierville to work with,” he said.
Judge Wynn’s long tenure also has a lot to do with the way he treats people who stand before him in the courtroom.
“We treat everybody personally. We try to have fun with them. We joke, we have a good time. I always tell everyone municipal court is the bottom of the judicial food chain, but it’s where most people end up in court and it’s surprising the number of people who are very nervous and scared to come into city court. So, we always try to put everybody at ease and make them feel welcome. We get everyone in and out very quick, so there’s not a big line waiting. It’s a very pleasant situation,” he said.
You could say another very pleasant situation is leading Judge Wynn to retirement.
“The reason I am retiring is we own a townhouse in Atlanta, where our daughter who is having a second child lives. We want to be down there more to help her with the child and, even though I only hold court once a week, it’s sort of hard to go back and forth to Atlanta. I don’t want her to be down there by herself taking care of the baby,” he said.
While Judge Wynn is retiring from his part-time municipal court duties, at age 70, he plans to continue practicing law as long as his wife lets him. He specializes in Real Estate Law, which he said is booming in Sevierville.
“That’s one reason I keep working. I don’t know how to fish or play golf, so if I wasn’t practicing law, I’d be in the grocery store bagging groceries. At least I’m not on my feet all day long doing this,” said Judge Wynn.
Judge Wynn received his B.S. from the University of Tennessee and his J.D. from Memphis State University. His last day on the bench was November 16, 2021. 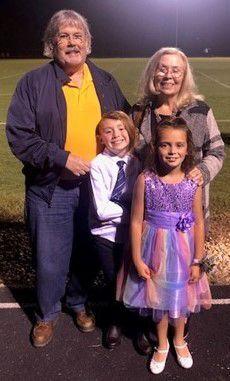