Williamson County Juvenile Court Judge Sharon Guffee was recently awarded the Charles M. Sargent Leadership Award for her contributions and service to Williamson County. Sargent was the late District 61 State Representative, who served from 1997 until his death in 2018 and was known for his numerous contributions to his community.

“It’s probably the greatest honor that I’ve received because of who he was and the impact that he had,” said Judge Guffee. “I’ve been very humbled and it’s just something that will always be really, really special to me.”

“It’s an honor because Charles went from being our State Rep to being the Chairman of the House Finance Committee, and was in charge of the budget for the entire state of Tennessee,” said Judge Guffee. “We all grew up in the same neighborhood here in Williamson County and he was just Charles. He always just stayed Charles to us and was literally always taking care of us.”

The friends, including former Williamson County Mayor Rogers Anderson, served together on the Cottonwood subdivision Home Owner’s Association Board of Directors, where Sargent helped get fire hydrants installed, lowering home owner’s insurance for his neighbors. Fast forward 25 years and Judge Guffee assumed her role with the newly created private act juvenile court. One day, while looking through the Department of Children’s Services (DCS) annual report, Judge Guffee noticed the prevention grants that are awarded to counties across the state to keep kids from coming into custody. Williamson County wasn’t included.

“The next thing I knew, I was at the Cordell Hull Building, because that’s where DCS was at the time,” said Judge Guffee.” “This is 2012 or 2013 and we are meeting — me and my director, and Charles with Commissioner Jim Henry, who was the DCS Commissioner at the time, and their finance person. The whole meeting took less than 15 minutes. Charles said, ‘Commissioner, why isn’t Williamson County getting any of this money?’ As it turns out, they were just getting ready to review those grants. The next day, Charles called me and said, ‘Ladies, you have your grant.’ That started our intensive probation department that funded three positions and it has been over 90 percent successful in keeping juvenile justice kids out of custody.”

In fact, juvenile justice numbers in Williamson County’s intensive probation department dropped from 50 a year to 5-8 per year.

“It is absolutely a stellar program and they are looking at it being a model across the state,” said Judge Guffee. “It’s all because of Charles Sargent.”

Although she credits Sargent with this win, Judge Guffee continues the pair’s work to improve the lives of those in their community. Her most recent work involves advancing Williamson County’s juvenile justice system through brick and mortar.

“We’re in the process of designing a new building,” said Judge Guffee. “It’s going to be something that’s state of the art for the entire country. It’s a pretty big undertaking. It will not only have a detention center, but a respite center, which we desperately need in this state. Kids don’t necessarily need to be locked up, they need some space sometimes. Families need a little space. It’s not a secure facility, but just a cooling off space. We’re going to let you stay here for a day or so to see if we can put some things in place for your family that’s in crisis.”

Working to better her community, especially the lives of children, is a lifelong passion.

“It really has been,” said Judge Guffee. “When Charles and I first started, I hadn’t even gone to law school yet. I started in the DA’s office and started prosecuting the crimes against children. It all just unfolded the way it was supposed to.” 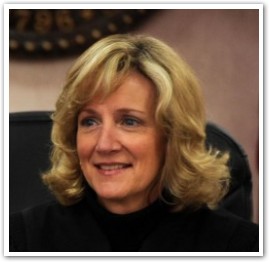